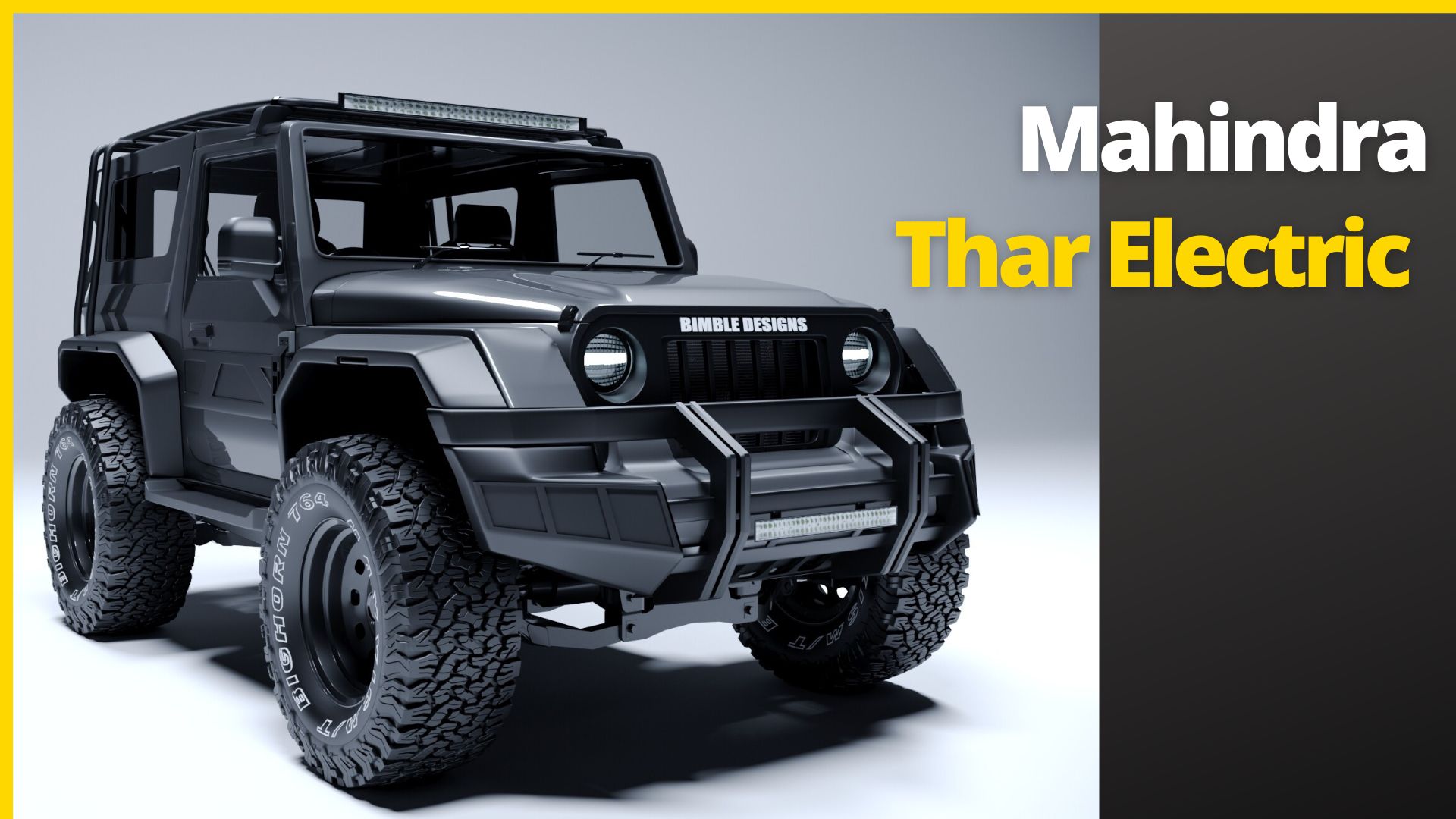 If you are one of the SUV enthusiasts or if you still are, then Mahindra’s Thar SUV must have been one of your favorite SUVs. It is one of the most popular SUVs in India.

The wait for the new model of Thar, which came on the market about 1.5 years ago, is still going on, from this we can understand the craze among the people of Thar. 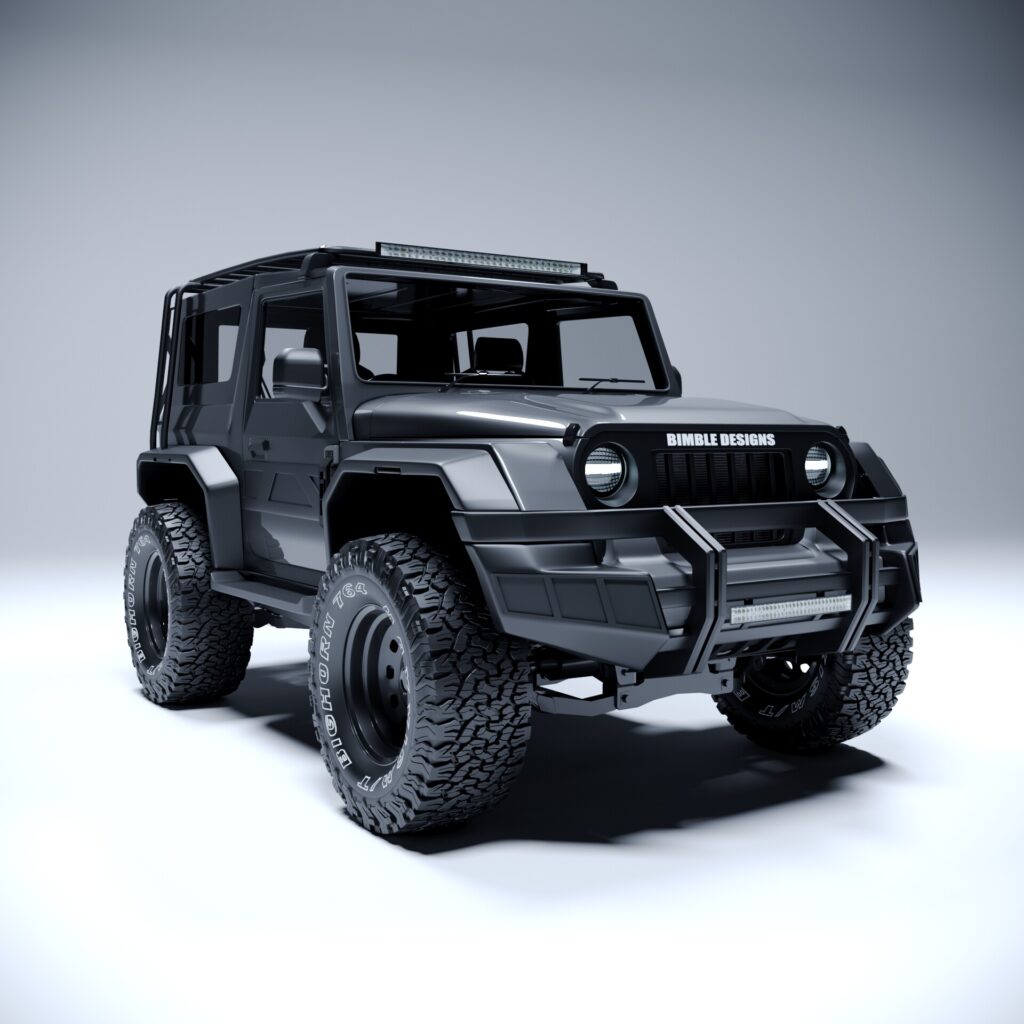 Thar’s look looks even more attractive in these pictures. If the company is thinking of bringing the electric model of Thar to the market in the future, then how it will be designed or how it should be, is known by looking at this render. If the model seen in the pictures is launched in the market, then it is going to create a buzz among the customers.

We give you information here that after all, who has made this rendering model of Thar?

Who made this rendering? There is a company named BIMBLE Designer in the market, which works to design future vehicles.

This company designs the vehicles on which the company is going to work in the near future. This company has done the work of preparing the render of Thar.

the company shared pictures of the electric version of the Thar on its social media platforms. After that these pictures are trending a lot among the users.

How are its look and design – It can be seen 360 degrees in the pictures released by BIMBLE. It has been given a bolder look than before.

In front of this, along with the grille, LED has been installed on the top side as well. Which looks like a tube light in front. Its body looks like an army tank. Like its petrol/diesel version, the tire size has been kept bigger. You will see these tires on the outside of the body as well. So this was its design and look.

As of now, nothing has been officially disclosed by the company regarding its price. But it is expected to be priced slightly higher than its petrol variant except for ₹15 lakh to ₹17 lakh in India.

In the last 2-3 years, the Indian market has seen a number of petrol/diesel vehicles converting to electric, so this expands the possibilities of an electric version of the Thar. In the past, electric trucks and SUVs such as Ford’s F-150 Lightning, and Hummer EV have been switched to electric.

So from this now speculations are being made that the company may also work on the electric version of Thar. If the company plans to give Thar an electric look, it will soon start working on it. and according to this, we can guess that by the year 2024, this electric SUV will come into the Indian market.